Gordy and his family live in Detroit, Michigan, the heart of the United States automobile industry.  Every Friday night after coming home from work at one of the plants, Gordy’s father teaches him how to box.  Their hero is the famous American boxer Joe Louis, who grew up in Detroit.

“Noble filters this historic event (The Fight of the Century, 1938) through the eyes of Gordy, a boxing-loving African American kid in Detroit. The friendship between the boys (Gordy and Ira) rings true. Tadgell’s illustrations turn Depression-era Detroit into a thing of beauty.” ~ Booklist, September 2019

“Considering all that’s happened in the recent past, A Fist for Joe Louis and Me couldn’t be more timely.  A book your child will fight to own.” ~ The Mississippi Link, August 2019

“The Best Jewish Children’s Books of 2019” –  Tablet Magazine,  January 2020
“A Fist for Joe Louis and Me is highly recommended for children as well as adults interested in presenting a shared moment in history for African Americans and Jews.” –  The Jewish Book Council, February 2020 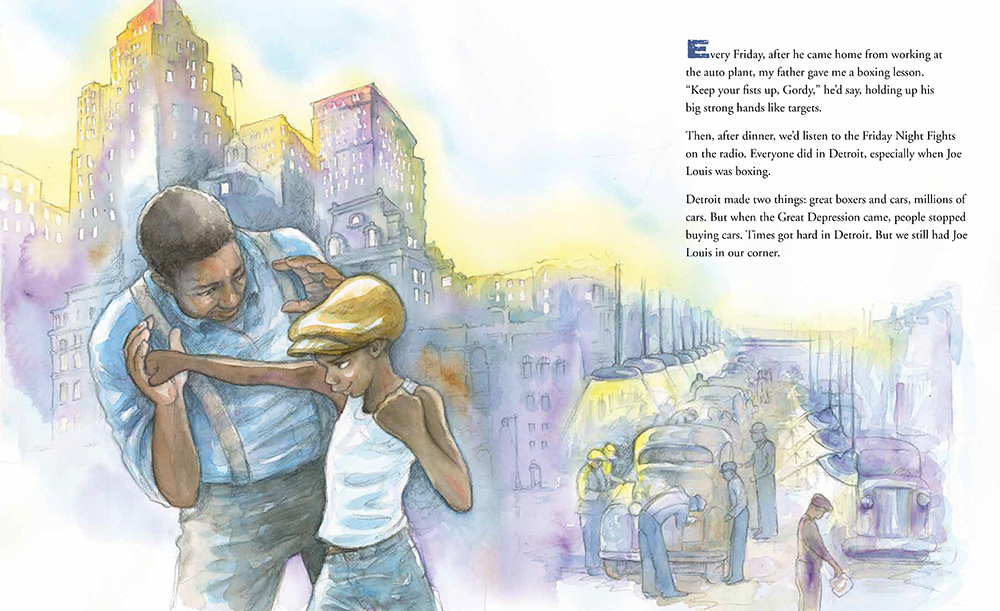 Detroit’s auto industry is affected by the Great Depression.  When Gordy’s father loses his job, his mother takes on work with a Jewish tailor.  That’s when Gordy becomes friends with Ira, the tailor’s son. 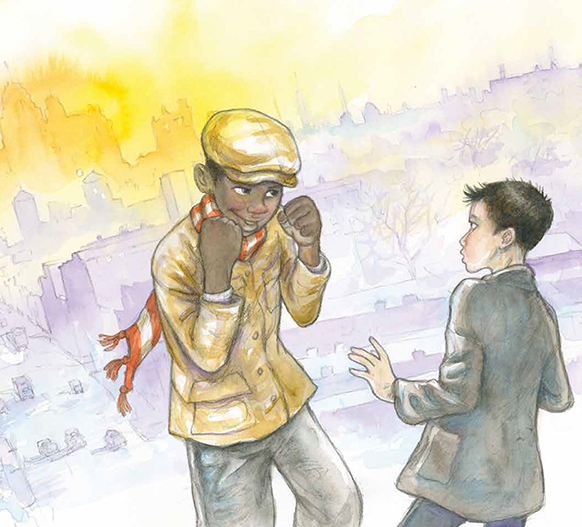 As the boys’ friendship grows, Gordy feels protective of Ira.

Against the backdrop of the 1938 Fight of the Century, a young boy learns what it means to make a stand for a friend. 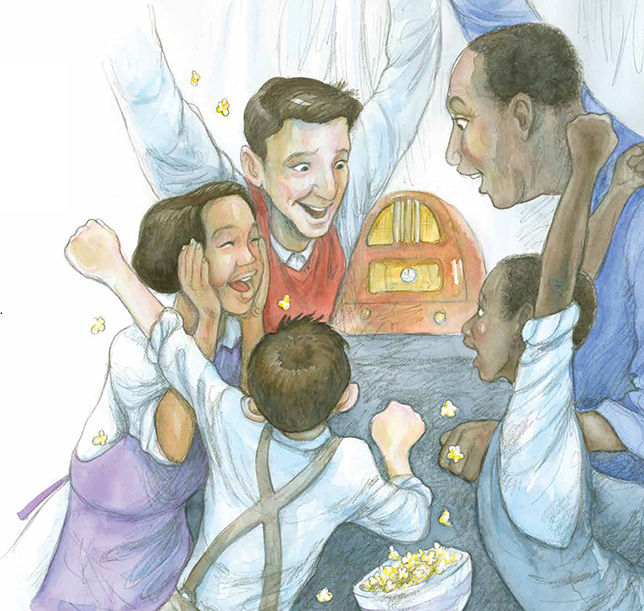 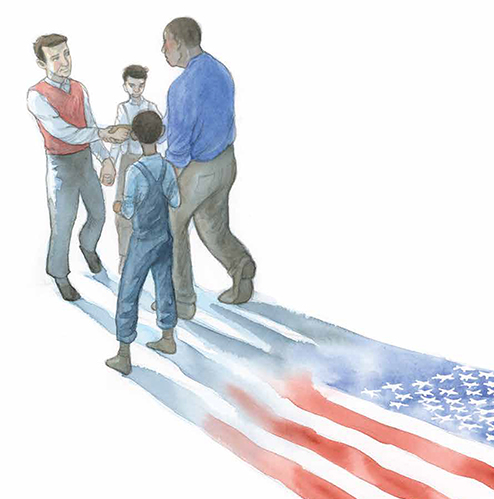 Available now at Amazon.com and BarnesandNoble.com.